This film loving team commits to bringing Flagstaff the best in thought-provoking cultural, environmental and adventure-related outdoor films from around the world. 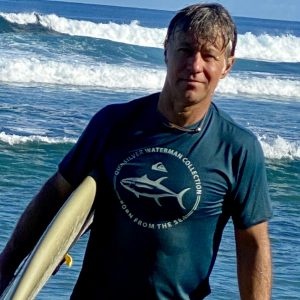 Dr. John Tveten is an ER doctor who is no stranger to adventures and mountain filmmaking. He has worked as an expedition doctor on Mount Everest as well in Antarctica and the Canadian High Arctic. His interest in filmmaking began through his work on the Hopi Indian Reservation, where he produced educational shorts aimed at preventing problems such as substance abuse and diabetes. Since then John has worked on film projects in Western Mongolia, Chilean Patagonia, and on Mount Everest.
He has been a board member of the Flagstaff Mountain Film Festival since 2006, when he was asked by founding members Geoff Cross and Anne Walton to keep the festival alive upon their departure from Flagstaff.
John’s main reason for joining the Flagstaff Mountain Film Festival is to help keep Flagstaff’s eyes open to the passion, struggles, and conviction of mountain film. 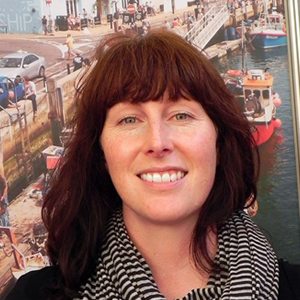 Maria is a marine biologist and is more used to being in the water than on land, and has spent some of her most memorable days sending a camera 1500 m below the surface of the Atlantic Ocean. She is a fisheries researcher, a science communicator and freelance science writer, and has worked at the BBC in the past. She completed her first stint as a film producer and helped create ‘The Last Straw’ a film about plastic pollution made by 12 local Flagstaff youth which won the national Youth Making Ripples contest, and traveled the world with Save The Waves Film Festival in 2018. She works within the science policy interface and is passionate about the development of innovative ways to engage with society in order to better connect people to the world around us. 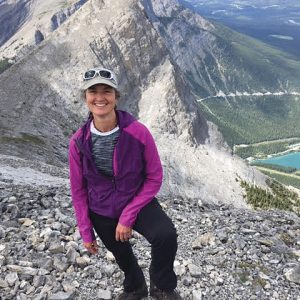 Along with fellow Canadian Geoff Cross, Anne started the festival in 2003 when she lived in this beautiful town for 3 years. Anne is now based in Canmore, Alberta, Canada … another beautiful mountain town where back-country skiing abounds. She is a massage therapist and translator by trade, but her interest in film started at university and has continued ever since. She had made numerous documentaries, from Dirt Divas (an all-female mountain bike film) to One Steppe at a Time with F.I.R.E (Flagstaff International Relief Effort), which documented the clothing and medical supply deliveries in Mongolia undertaken by many Flagstaff volunteers. She has come back as a creative and programming director. 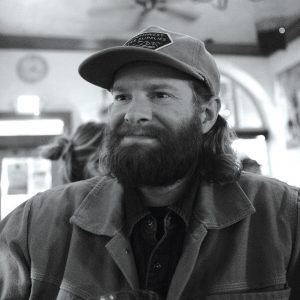 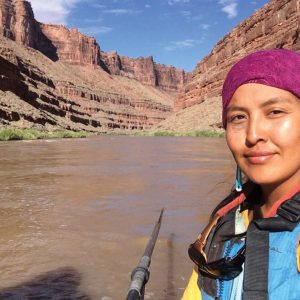 Colleen grew up wandering the mesas, washes, and sandstones in Shonto, Arizona, located on the Navajo Nation. Her curious mind and innate connection to the lands and waters led her to earning a Master’s Degree in Climate Science & Solutions from Northern Arizona University in 2012. Colleen has been engaged in the Flagstaff community for the last 20 years. As a strong advocate in bringing awareness to Indigenous issues and perspectives in various spaces, Colleen made the decision to become involved with the Flagstaff Mountain Film Festival to invite and include more Indigenous films, filmmakers, voices, and perspectives. In 2020, she joined the FMFF board and in the same year, co-directed and was featured in a short documentary film “Water Flows Together” in which she shares her perspective on the importance of Indigenous land acknowledgement and understanding where our water comes from. 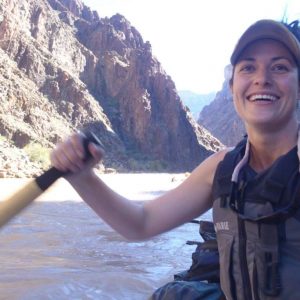 Ann-Marie has lived in Flagstaff since 1991 and loves being involved with this amazing community. She believes awareness is incredibly valuable and the world becomes closer through the stories that are told through film. She graduated from The University of Arizona with a degree in journalism with a broadcast focus. She knows first hand how tedious filming and editing can be and has great respect for all the filmmakers we work with and their projects.
She has been a commercial river guide in Grand Canyon since 2005 and she is so grateful for the opportunity to spend so much time in the wilderness. She and her husband have 2 young boys and they find joy in opening their eyes to our big, big world.

Rob has called Flagstaff home since 2004. He is a professor of Public Health at A.T. Still University and has taught health and wellness for over 30 years at various schools and institutions across the western United States. He is the father of two amazing kids, Jack and Abby, who are his two favorite teachers.

Rob brings a love and a passion for film, especially documentary films, to the Flagstaff Mountain Film festival team, as well as a wealth of experience as an educator, planner, and community/event organizer. His deep connection with the natural world is a constant motivator that not only calls him to wild places, but also enhances his desire to help save and preserve these places for future generations. He believes that film is one of the best ways to tell stories and to motivate people to act on behalf of the natural world.

Rob’s goal as Program Developer is to pursue new and innovative programming for the festival to ensure that it remains fresh but also true to the small-town film festival vibe that makes the festival so unique. 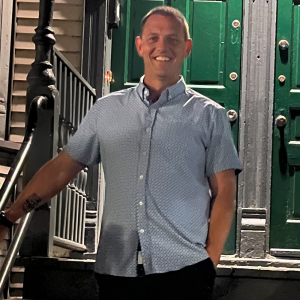 Steve Rhode, a Cornhusker from Nebraska, moved to Flagstaff in 2000 via Chicago, where he is Chicago through and through and will jump at the chance to be the tour guide to anyone going. Feel free to contact him!
He is a long distance runner who has discovered more love for nature through his trail running here in Flagstaff. As a runner, he has helped revitalize the middle school cross country programs through his coaching at Flagstaff Middle School and now Sinagua Middle School. At SMS, he became the liaison to the Flagstaff Mountain Film Festival by assisting the FMFF board concerning student film selections. His proudest moment was witnessing current students’ film that was shown in 2017.

Our festival is fortunate to have super-helpful staff and volunteers. 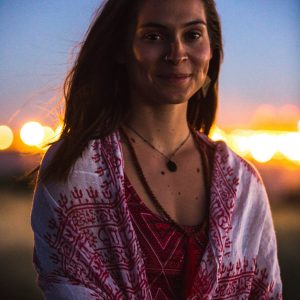 Montana Johnson made her move to Flagstaff in 2011 to pursue an undergraduate degree in Environmental Science & Policy at Northern Arizona University. Shortly after moving here she got involved in the world of film production by working with Rios Libres, a local non-profit committed to keeping Chilean Patagonia free of dams. Her love for the environment and dedication to bridging the communication gap between environmental issues and the public makes her very excited to be a part of the film festival and help bring their mission to fruition. 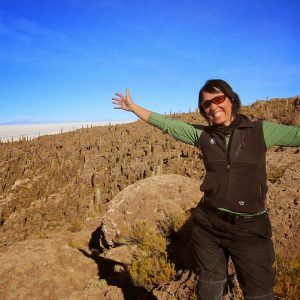 Steph has been involved with this incredible project since 2004. Coincidentally, her friends Geoff & Anne needed help promoting this event to the Flagstaff community. And so started the film festival love affair. Every year, she partners with Dawn Kish Photography to create exciting event posters and various promotional materials. Her expertise is in graphic design, print design, web design and branding/marketing. Steph is an avid mountain biker and volunteers for the Flagstaff Biking Organization. She and her husband enjoy exploring the world by motorcycle. 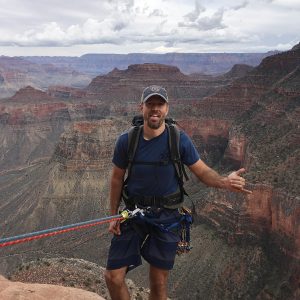 Freestyle podcaster. If not in the editing cave working on video or audio projects, Nick can be found roaming around all the nooks and crannies of Grand Canyon.